Where is the Heritage District? 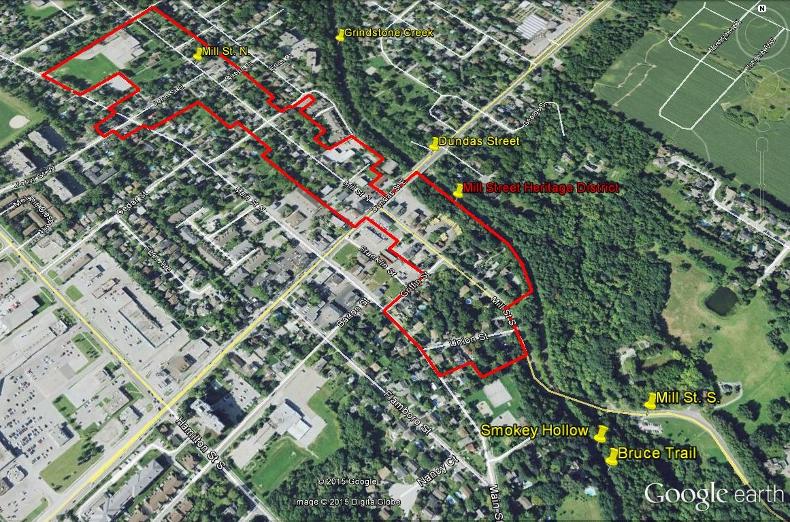 Each of the homes and businesses in the Waterdown Mill Street Heritage District have a unique history. Our committee members live in or near the Heritage District and we are all interested in preserving the unique character of our neighbourhood.

Illustrated below are a number of homes included in a 1996 Heritage Study of the district. The study was conducted, for the town of Flamborough, by "Unterman McPhail Cuming Associates". The homes are also pictured as they are  in 2016. The abbreviated descriptions are taken from the report. 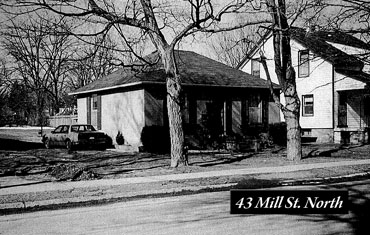 43 Mill St. N. -- This one storey vernacular cottage has a truncated hip roof and is almost square in plan, with a three bay front elevation consisting of a centre door with flanked windows. The doorway features a transom and the windows are one over one sash. The house was probably built circa 1850. Local history has the house associated with Forstner's Mill, located across Mill St. on Grindstone Creek. 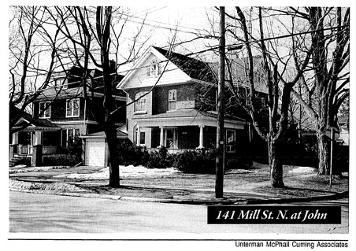 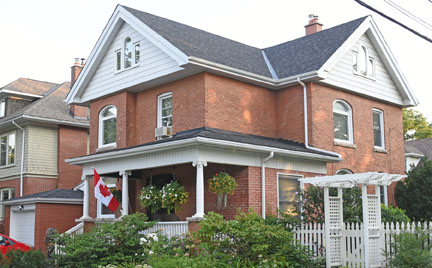 141 Mill St. N. -- This two-and-a-half storey red brick dwelling was built circa 1915. A one story hip roof porch with iconic columns, brick piers, balustrade and heavy cornice, wraps around the northeast corner of the house 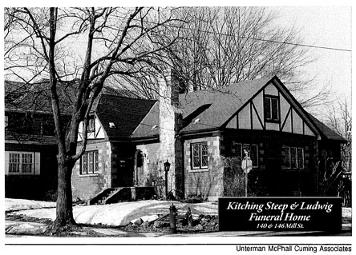 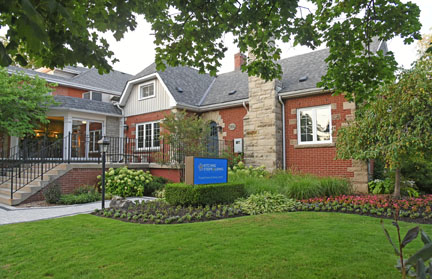 140 Mill St. N. -- Built in the 1930's, this one-and-a-half storey residence is an example of the Tudor Revival style, popular during the first half of the twentieth  century. The primary wall material is red tapestry brick with stone detailing around doors and window openings. The building today is incorporated into 146 Mill St. N. as part of Kitching, Steep & Ludwig Funeral Home. 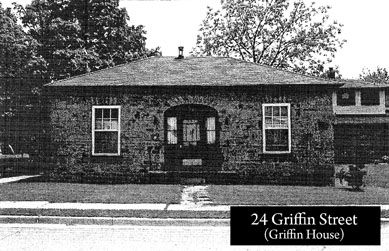 24 Griffin St. (Griffin House) == A classically inspired one story cottage with rubblestone walls. It is generally believed that the house was built circa 1840s, by the Griffin family. Sold several times, the Fretwell family purchased the house in the 1850s. The Fretwells retained ownership of the house until 1940 when it was purchased by Fred Carson from the Fretwell estate. 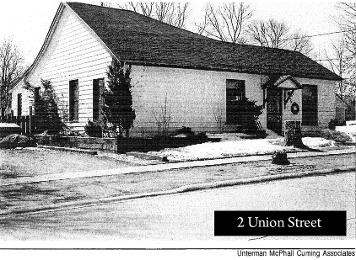 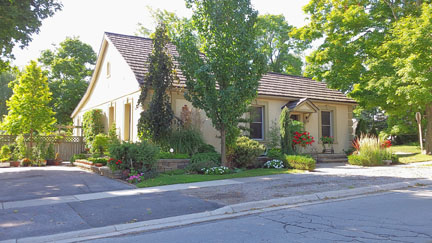 2 Union St. -- Little of the original character of this residence remains. It is probably a one storey with additions added to the east side of the building sheathed in metal siding and asphalt shingles. The 1939 Fire Insurance Plan indicates that the house is of stone construction, with wood roofshingles. The property was probably built in the mid 1800s. It was owned by Smith and Griffin in 1856.

Hover over illustration for information

Note: If your home is pictured above and you wish it to be removed, please contact the site manager at 905 517 2728