Since amalgamation in 2001, there are properties within the district that have received awards from the Hamilton Municipal Heritage Committee, (HMHC). The awards are presented to owners within the district because they have gone to extra efforts to maintain or upgrade their heritageproperties. 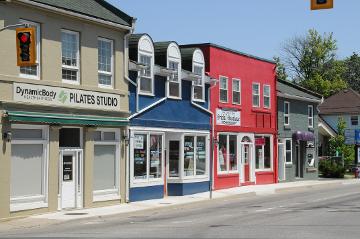 This commercial block, known as 'Weeks  Home  Hardware'  comprises three structures that were separate units. The first building was constructed circa 1824. The second and third in 1850 and 1948 respectively. The present owners acquired the buildings in 1972. 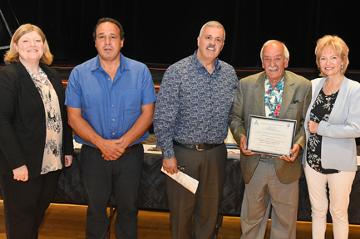 Pictured above, receiving his award in the category of "Heritage Property Developer", is Ralph Naccarato (second from right). Also pictured are sons Anthony and Nino along with Alissa Denham-Robinson (HMHC Chair) and Ward 15 Councillor Judi Partridge. 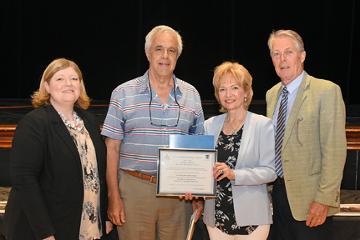 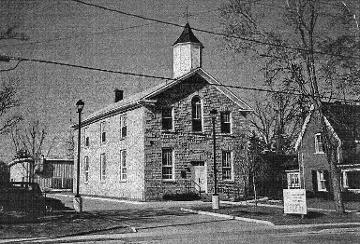 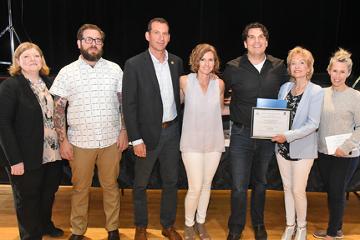 This heritage structure was built between 1856 and '57, as East Flamborough 'Township Hall'. The material used was locally quarried limestone and was designed by a local builder, Walter Grieves. After many uses, over the years, including an 'Orange Hall', school and again a township hall, the building was renovated as a library in 1974. Purchased in 2017 by Brown Financial Services. 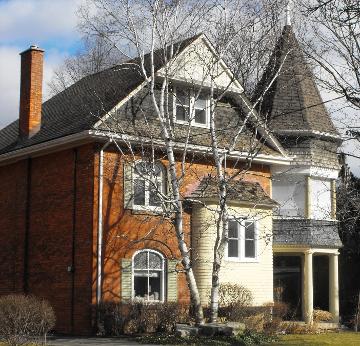 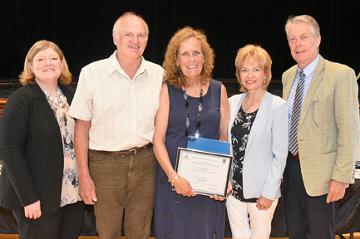 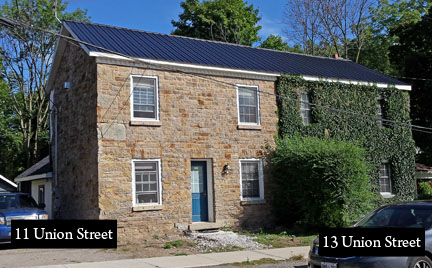 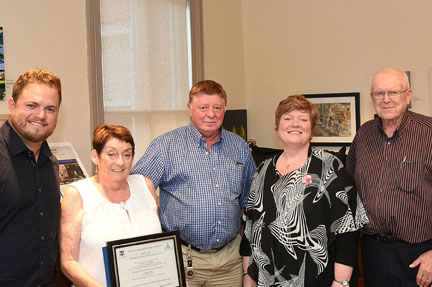 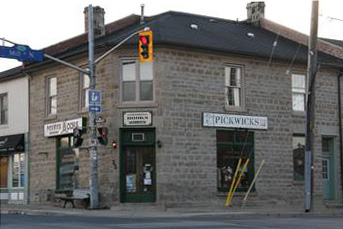 The property owners of 325 Dundas Street East, now housing the 'Pickwick Book Store' - received a heritage award in 2015. The presentowners Mary Elizabeth Huxley and her sister have spent years re-pointing and maintaining the building.

The property has housed businesses since 1855. Among them were Featherstone Bakery, Stock's Store, Reid's Harness Shop, The Royal Bank, (the vault is still there) and the Huxley Family's Store. The first telephone line in Waterdown was installed in 'Stock's Store' in May of1882 and for the next twenty years was the only telephone in the town.