Early in the year (2019), the Mill St. Committee met with city staff, at a member's home, to discuss a zoning change that had been implemented by the City, for the various 'city centers' of the greater city of Hamilton 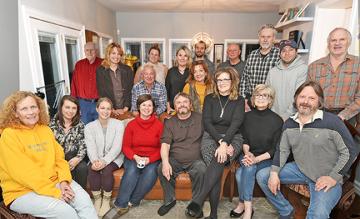 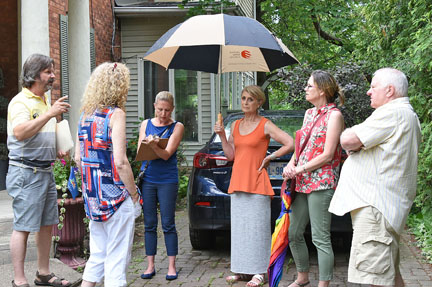 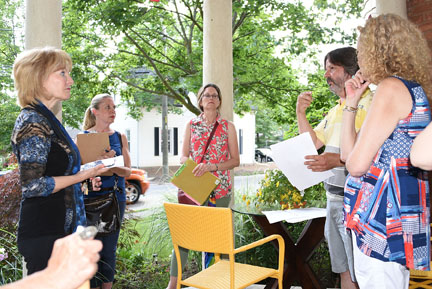 In an attempt to calm the traffic flow, both north & south, on Mill St., the committee began working with the City through the ward Councilor Judi Partridge, in an attempt to interrupt and slow down traffic at one or more points along the street.

The final outcome (2015) of the initiative was the installation of the four-way stop at Church Street.               Although traffic often only comes to a rolling stop, the stop sign has resulted in slowing traffic, to some extent. 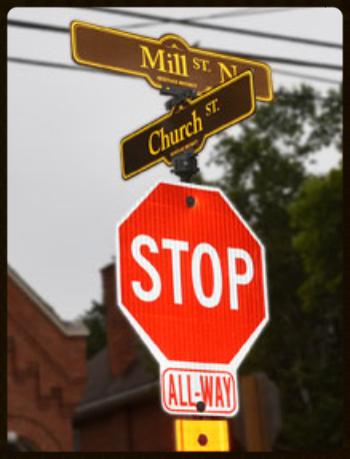 The new gold on black heritage signs were installed in the summer of 2014. 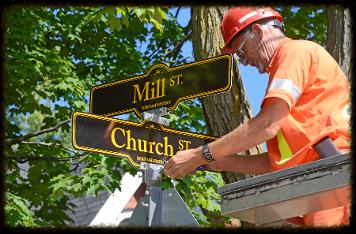 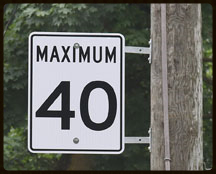